Electric bike licensing laws vary by state, so riders need to follow the local traffic rules where they live. Some regions in the United States have yet to clarify the laws of e-bikes, so here we present to you the rules in several states who have made it clear. 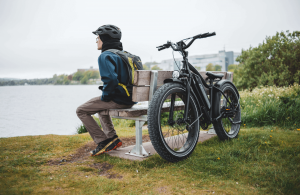 E-bike riding laws often vary by class of electric bike. Each class has different components allowing the bikes to go faster and have more power.

Below we will explore the states that have clearly set laws for e-bikes and e-bike riders.

Arizona:
The state of Arizona allows e-bikes to operate on multi-use trails in designated hiking and biking areas, as well as bicycle paths and bike lanes. As per Arizona law, e-bike riders do not need to possess a driver’s license but must have proof of identification while riding on public roads. The maximum speed allowed on Arizona roadways is 20 mph and can only have a max power of 48cc.

California:
In California, e-bike laws are like bicycle laws. Electric bikes and bicycles receive the same treatment in terms of riding style, riding areas, and the rules of the road that apply to them. Electric bikes do not require registration, licenses, or insurance. The maximum speed allowed on California roadways is 20 mph with a max power of 750W.

Colorado:
The classification of e-bikes is the same as bicycles and riders must obey the same traffic rules as other bikes. Roads and bike lanes are accessible for e-bikes. Paths reserved for pedestrians or cyclists, unless overridden by local ordinances, are not permissible for e-bike riders. The maximum speed allowed for Colorado cyclists is 20 mph with a max power of 750W.

Montana:
Beginning in April 2015, mopeds are now classified as bicycles and do not require a driver’s license. E-bike riders can follow the same non-electric-powered bike laws in the area.

Nevada:
Electric bike riders must follow all rules and regulations of a regular bicycle. Any trail or pedestrian walkway with intended use for bicycles and constructed with federal funding allows the operation of electric bikes.

Oregon:
E-bike laws in Oregon define an electric bike as an electric motor-powered vehicle with pedals, a seat, and no more than three wheels in contact with the road. Plus, the e-bike motor cannot produce more than 1000W and doesn’t allow the bike to go faster than 20 mph on level ground.

Texas:
The state of Texas defines electric bicycles as bikes that receive power from an electric motor and have a top speed of 20 mph on level ground. You don’t need a driver’s license to ride an e-bike on regular roadways. Highways are off limits for e-bikes.

Utah:
E-bike licensing laws in Utah state that e-bikes do not fall under the same registration, licensing, or insurance requirements that apply to automobiles. Riding e-bikes on bike paths and bike lanes is legal. Riding on sidewalks is off limits.

Washington:
Fully controlled limited-access highways allow for the operation of Class 1, 2, and 3 electric bicycles. Class 1 and 2 e-bikes can operate on sidewalks. Sidewalks are illegal to ride on for Class 3 e-bikes unless there is no alternative path. Non-motorized designated bike trails or other natural surface pathways unless otherwise authorized do not allow electric motor-powered bikes.

As the popularity of electric bikes continues to grow more people need to understand the laws of the road. The e-bike laws in your state will depend on the classification of the e-bike as well as where you’re riding it. When considering buying an e-bike make sure that you know what the law is in your area before deciding on the class of bike.

*The above-listed state laws are up to date at the time of publication of this article. Updating of this article will continue as states release new regulations. 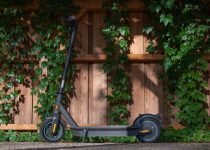